As much of the world recoils in horror at continuing reports of refugees, including young children, being imprisoned, abused and even dying in US concentration camps, scores of businesses big and small are profiting handsomely from this unconscionable atrocity. In addition to the usual suspects in the prison-industrial complex like Geo Group and CoreCivic, dozens of medical, financial services transportation and telecom companies also have government contracts to provide services to the prisons. The tech sector is no exception.

Last month, hundreds of employees at the Boston-based e-commerce furniture company Wayfair made headlines with a letter urging cancelation of a $200,000 contract for bedroom furniture bound for a Carrizo Springs, Texas facility where the government plans to imprison as many as 3,000 migrant children. “We believe that the current actions of the United States and their contractors at the Southern border do not represent an ethical business partnership Wayfair should choose to be a part of,” the letter states. “We believe that by selling these (or any) products… we are enabling [human rights] violations and are complicit in furthering the inhumane actions of our government.”

Wayfair’s billionaire CEO, Niraj Shah, rejected the demands of the #WayfairWalkout employees and instead announced a $100,000 donation to the Red Cross, which isn’t actually involved in supporting detained migrants. While the #WayfairWalkout has garnered the most media attention so far, Wayfair is far from the only internet-based or tech company profiting from what the United Nations recently said likely amounts to “cruel, inhuman or degrading treatment that is prohibited under international law.” Here are some of the other leading tech firms with US Customs and Border Protection, US Immigration and Customs Enforcement and other Department of Homeland Security agencies.

This list is far from exhaustive; many other tech and tech-related companies big and small are also profiting from migrant detention.

Ethics In Tech is heartened by the actions of concerned tech company workers who have mustered the courage to speak out against human rights crimes in which their employers are complicit. We implore all companies, especially those in the technology sector, to cut ties with CBP, ICE and any other government agencies involved in operating migrant concentration camps. Throughout modern history tech companies have been complicit in the most grievous crimes against humanity — think IBM and the Holocaust — but today’s tech employees are increasingly standing up and speaking out against reprehensible policies and actions from which their employers are profiting. We encourage all tech workers of conscience to continue this auspicious trend.

Brett Wilkins is an Ethics In Tech board member and independent author whose work, which focuses on issues of war and peace and human rights, is archived at www.brettwilkins.com.

By Brett Wilkins Also published at Antiwar.com An unconfirmed number of Afghan civilians – reportedly more than 40 – were killed along with the regional leader of a splinter Taliban faction and dozens of militants Read more… 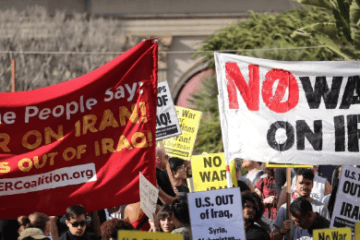 Ethics in Tech Strongly Opposes US War on Iran

By Brett Wilkins You don’t need to tell Ethics in Tech that war is hell. Some of the earliest childhood memories of our founder, Vahid Razavi — who was born in Iran — involve being under attack Read more… 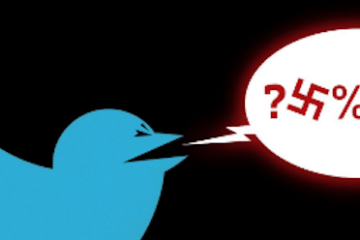 If Twitter banned Danielle Stella, why not ban Trump too?

By Brett Wilkins Twitter has long faced intense criticism for turning a blind eye to right-wing hate speech on its platform, including by the world’s most (in)famous tweeter, US President Donald Trump. In the face Read more…